Consolidations - what those silly letters relate to

MoCo "Circle of Influence" (Iron Triangle) - who's funding who???  Politicians and their donors.....

The concept of the Iron Triangle, oftentimes unholy alliances between "Politicians", the special interest groups of "Mover & Shakers" and the "Wallets" that support/fund and keep them in office, would appear to be alive and well in Mo. County, and at the federal and state levels as well.  It's well known that the "wallets($$$$)", who fund campaigns at the federal and state level, consists primarily of lobbyists(see CD-8 candidate Kevin Brady).  On the other hand, most of the "wallets" at the local level are Developers, Engineers and Contractors, whom feed at the government trough and may benefit from their candidate/s in office.  This appears to be born out in the consolidated campaign finance reports and distribution of contracts over $50,000 of certain politicians and their "support" groups/donors. 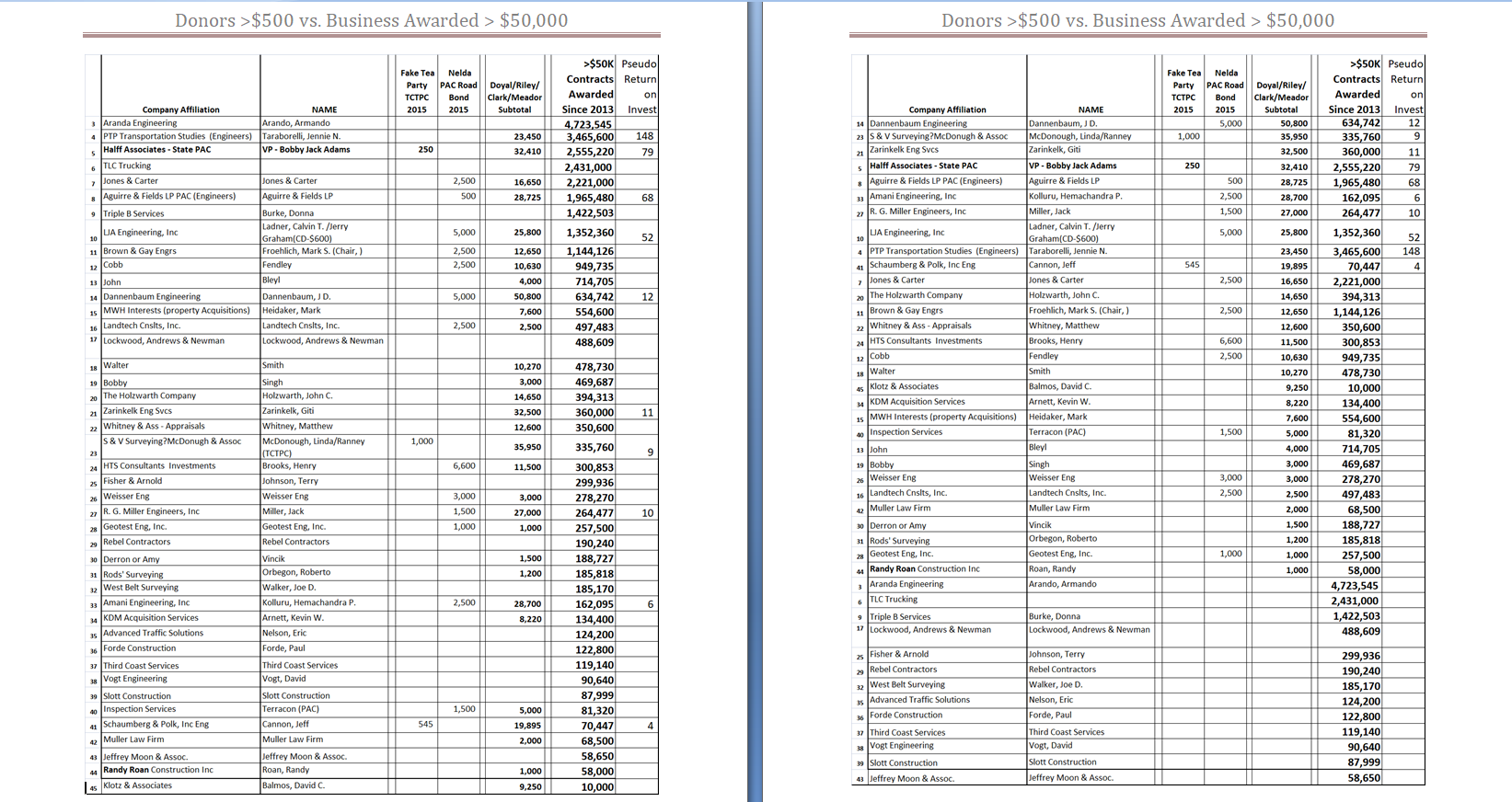